Ukraine has banned government officials from traveling abroad for vacations or for any other purpose other than official work.

“Officials can no longer go abroad for vacation or other non-governmental purposes,” he said.

This also includes law enforcement personnel, legislators, prosecutors and “everyone who has to work for the state and the region.”

Zelensky also announced that there will be changes in government jobs.

“We have taken staff decisions involving officials at various levels in ministries and other central government bodies, states and the law enforcement system,” he said. 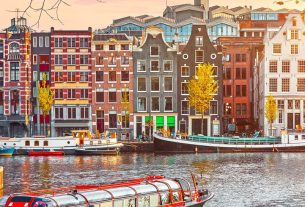 The Netherlands waives all entry requirements and travel restrictions.