Welcome to the Weekend Brief, a recap of fashion news, trends and themes every Sunday. Don’t forget to subscribe to the Glossy Podcast for new episodes every Wednesday and Friday and the Glossy Beauty Podcast every Thursday for new episodes. –Danny Paris, c. Fashion reporter

As inflation erodes spending, I’ve often wondered about the differences between luxury customers and mass consumers.

Insights from BoF show that handbag prices are on the rise. Chanel, Versace and other luxury brands have raised their prices in the past six months, with little opposition from their wealthy customers. It is understandable. No one buys Chanel because they want a bargain.

But for some people who try and save to buy a good bag, even a modest price increase makes a one-time expansion impossible.

As prices rise, brands outside the luxury end must find ways to justify their value to cash-strapped customers.

A new Shin competitor, Chinese fast fashion company Pinduduo, launched an app in the US last week, allowing customers to shop thousands of cheap styles released each week. It has already been downloaded over 400,000 times.

With prices rising everywhere, the allure of fast fashion is stronger than ever, even with many ethical and environmental concerns.

But there are other ways to shop wisely during a recession. Resale is cost-effective and better for the environment, and brands like Telfar and Nike offer an affordable way to stay on trend.

We’re halfway through fashion month, with New York and London in the rearview. Milan is happening now and Paris is next. Beyond the glossy cover, through presentations and podcasts, we notice big trends and news.

In New York, glamor and diversity were present, but London was more serious after the Queen’s death. Zofia Zwiglinska, the glossy’s international fashion reporter who attended several shows in London last week, told me that the entire week should be limited to business. No parties, just shows.

But when was the last time any fashion week was just business? It’s clear that every fashion week is primarily aimed at the industry and its insiders, but Instagram and Shop Now have made them consumer-focused events as well.

Next week we’ll be covering Milan Fashion Week, and Glossy Editor-in-Chief Jill Manoff is off to Paris after that.

Kanye West’s partnership with Gap may be coming to an end, but the line’s collaboration with Balenciaga, which debuted in February, got part two last week. A break with the West was scheduled before it was announced.

Engineer’s collaboration with Balenciaga may be the last iteration of the Yeezy Gap. 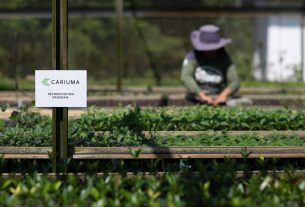 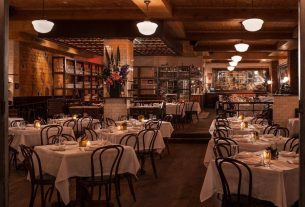