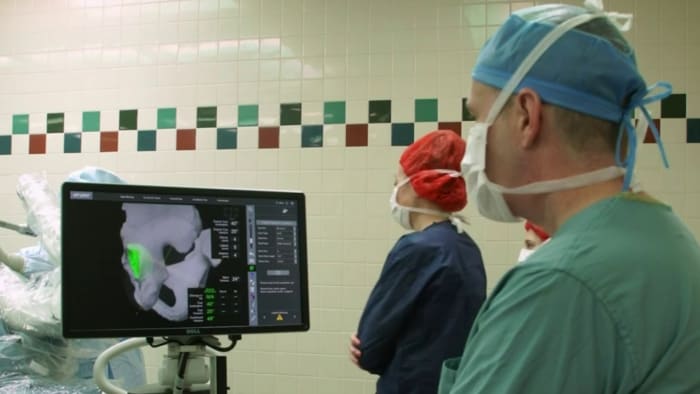 Hip surgery has been around for a long time but has seen impressive improvements in the past decades.

Decades ago, hip surgery was delayed as long as possible because the materials used did not have a long lifespan, and we did not want people to outlive their hips. As a consequence, many people simply lived with the pain until they were deemed a suitable candidate for joint replacement surgery.

Now, younger and younger people are getting joint replacements, including hips. That is due in part to improvements to the materials of the joint. In fact, it is also true that getting a replacement on a previous replacement is also more feasible.

Dr. Jason Davis is a Henry Ford Health orthopedic surgeon. He uses robotic joint replacement systems to improve the precision of joint placement. An initial CAT scan is used to create a three-dimensional model of the patient’s unique anatomy before surgery. Implants can be fitted more precisely and placed during the surgery with a robotic tool.

It is important to note that the robotics really only provides precise placement. They do not do the work for the surgeon, the surgeon is still controlling every aspect of the surgery. Robotic surgery also has the potential to reduce certain complications. Because of the added precision, dislocations of the prosthetic hip after surgery have been reduced, according to a study done by Davis.

Ross Arseneau is a 59-year-old ultramarathoner. Several years ago his hip became painful to the point that it seriously impacted his running. Ultimately, in the span of a couple of years, his hip had degraded to the point that it needed to be replaced and he chose to go to Davis because he knew he used robotic assistance. After the surgery, Arseneau says he would absolutely do it again if it was necessary. Within two and a half to three weeks he was able to ride his bike again and he is again training for another ultramarathon.

Note that it’s not just hips that can be done with robotic assistance. There is a similar system that can be used for knee replacement surgeries as well. 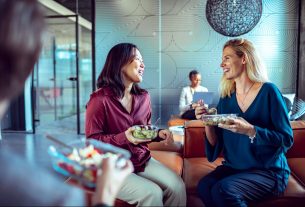 Why Leaders Need to Create a Health-Driven Work Culture