There’s nothing like kick-starting Women’s History Month with some inspiration from successful and talented women. I love reading about the fascinating lives of legendary women in the art world, and the way some of these icons dress is interesting too. Read on for a quick introduction to some of the most influential and famous female artists of all time, along with style tips inspired by their art and personal style.

“I feel there is something unexplored about women that only a woman can explore.”

One of the most influential American artists of the 20th century, Georgia O’Keeffe was a modernist painter whose depictions of landscapes, skyscrapers and flowers had a huge impact in the art scene. O’Keeffe is arguably best known for her paintings of flowers in up-close style and watercolors that were considered unconventional for still-life paintings back then. Born on November 15, 1887, O’Keeffe was a Scorpio who stayed true to what she believed in, particularly her unique way of painting. Known to be fiercely independent, she dressed and acted as she pleased. The painter’s artworks reflect a sense of sensuality and love of nature that align with her water sign sensibilities. “My art originates from hallucinations only I can see.”

Yayoi Kusama (born on March 22, 1929) is one of the most influential artists of our time. A survivor of many hardships, the Japanese contemporary artist lived through World War II and experienced a difficult childhood as well as mental health issues throughout her life. She is known for channeling her struggles into her art. Kusama’s childhood traumas and hallucinations influenced her distinctive, colorful and often hypnotic works. In true fire sign spirit, Kusama paved her way into the art world in the 1960s with her trailblazing works, at a time when there were few prominent Asian women artists in the US Her avant-garde and feminist art pieces are exhibited in major shows and galleries around the world, including her signature polka dot works and “Infinity Nets” series.

Kusama’s personal style can be seen as an extension of her art. Immediately identifiable by her bright red bob-cut wig and dotted dress, she has described clothing as costumes to express her art personality. The style lesson we can all learn from Yayoi Kusama is to embrace clashing colors and patterns as forms of self-expression. Many may recognize Gerda Wegener as the wife of Lili Elbe, the transgender painter who inspired the novel and 2015 film The Danish Girl. In the 1910s, Wegener was an established Danish fashion illustrator for magazines like Vogue, and a painter who specialized in female-oriented erotica. Born on March 15, 1886, Wegener was a Pisces with significant air sign placements in her natal chart. Her Art Nouveau and later Art Deco style illustrations and paintworks exuding feminine sensuality and whimsy brought her success in Paris, but she remained a controversial figure in her homeland of Denmark.

After Wegener moved to Paris with her muse and partner LIli Elbe in 1912, her art became more adventurous and risqué as their lifestyle became more lavish and decadent. Though there aren’t many records or images of how Wegener dressed herself, we can get a glimpse of her preferences through her fashion illustration and portraiture works. The women in her pieces are often depicted with short bob cuts, sultry smoky eyes and luscious frocks in the liberating flapper silhouette. “I am the form and I am the hollow, the thrust and the contour”

Born on January 10, 1903, Barbara Hepworth was an English artist and sculptor who produced important works for the modern arts movement. Hepworth often took inspiration from the sceneries and landscapes around her, rendering these visuals in abstract forms that played with contrasting ideas and negative space.

In true Capricorn spirit, Hepworth was ambitious and diligent in her career, traits that were also reflected in her practical and fuss-free approach to dressing. From her art school days, Hepworth’s workwear gravitated towards utilitarian style, including dungarees, jumpsuits, cotton shirts, duffle coats and headscarves. Aside from the practical nature of these garments, Hepworth’s empowering yet chic attire served as a way to express her post-war idealism. 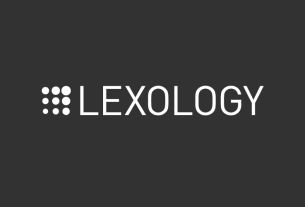 Fashion and greenwashing: not a good look 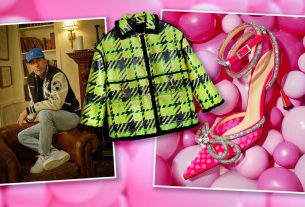 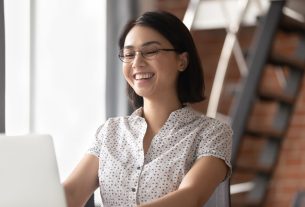 How to become a great fashion writer