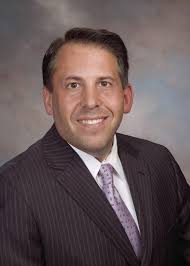 Mon Health System President and CEO David Goldberg said this facility will cost about $23 million and is expected to open in about two years.

“This one is going to be a little bit different because we have to build the building out of the ground,” Goldberg said. “In White Hall, we were able to acquire four walls of an old department store and build into it, so that cut cost and time, but this one is coming right out of the ground.”

The facility will be built in the mixed use community of Charles Pointe just off I-79. Charles Pointe is 1,700 acres with more than 2,000 residential units, more than 350,000-square feet of commercial space and a variety of civic, or multi-use spaces managed by Genesis Partners.

“I did not know how many homes were planned until the last few months,” Goldberg said. “The expansion at the airport, the new sports center in Clarksburg- it makes perfect sense to be right there.”

Development, population and future growth are all reasons to build in the Charles Point area. But, Goldberg said the small format concept will be a good fit for the area and provide more options.

“When you look at a small format hospital, it fills the gaps where you have higher level services,” Goldberg said. ” So, you don’t repeat the cost of an extra cath lab, extra operating rooms that are already in these full service hospitals.”

The first small format hospital in the Mon Health System was built in White Hall, the Mon Health Marion Neighborhood Hospital, at a cost of about $20 million and opened last December. The 20,000-square foot facility has 24/7 emergency care, ten inpatient beds and offers radiology, lab testing, cardiac monitoring, and a pharmacy.

“We’ve had nearly 6,000 emergency room visits already coming through White Hall,” Goldberg said. ” On our ten beds, we’ve had a high of six people admitted and they’re loving the experience.”

Recently, Mon Health Systems and CAMC merged to form Vandalia Health, but Goldberg said this facility will have the familiar “Mon” brand displayed.

“Over time we will start including the Vandalia Health logo in what we do, but our market knows Mon and it always be Mon,” Goldberg said. ” But, we’re a part of a much larger health system now and it’s important to share the breadth and the depth of that.”