Calcalist and Bank Leumi’s ״Mind the Tech״ conference is returning to New York on September 14th-15th. Senior Israeli high-tech and investment industry leaders will assemble in the city for a series of discussions and meetings with leaders of the U.S. business community.

The Israeli delegation to the conference will be led by the Minister of Innovation, Science and Technology Orit Farkash-Hacohen; CEO of Leumi Bank and the main partner of “Calcalist” in the conference, Hanan Fridman; Mayor of Jerusalem Moshe Lion; and “Calcalist” publisher Yoel Esteron. “This time the conference will be held in the eye of the storm, when the global economy is trying to recover from a pandemic and a war, when global markets are looking for direction, and Israeli high-tech is meandering between optimism and anxiety,” Esteron said.

International network star Nuseir Yassin, who will be among the keynote speakers, became famous for the daily videos he publishes on social platforms under the name Nas Daily. Yassin, born in Araba in the Galilee and former fintech company Venmo employee, started a project in 2016 in which he created a one-minute video every day for a thousand days. The project received a lot of attention and even led to meetings with personalities such as Mark Zuckerberg and Bill Gates. After the end of the project, he launched Nas Academy, a startup that wants to transform the culture and economy of influencers into a wide network of virtual universities, and recently raised $12 million from Pitango, OurCrowd, and the BECO Capital fund of Dubai. At the conference he will talk about the transition from a content producer to an entrepreneur and the rise of the creator economy.

Among the prominent investors at the conference is Gary Reiner, Partner at General Atlantic Growth Fund, where he provides strategic support and advice to the fund’s investment team and its portfolio companies, focusing on strategy and technology. Reiner is a director of companies such as Devo, Atera and Zoomin; Whitney Bouck, Managing Partner at Insight Partners, joined the fund this year after holding senior positions at companies such as Box, HelloSign, EMC and Oracle; Asheem Chandna, Partner at Greylock, is an early investor in companies such as Palo Alto Networks, AppDynamics and Sumo Logic; Timor Arbel-Sadras, CEO of LeumiTech, the high-tech investment arm of Bank Leumi; Boaz Dinte, Managing Partner of the Qumra fund and member of the board of companies such as AppsFlyer, MinuteMedia and At-Bay; serial entrepreneur Avi Eyal, Founder and General Partner at Entrée Capital, which invested in companies such as Blink, BreezoMeter and Deliveroo; Merav Rotem Naaman, General Partner at State of Mind Ventures, who previously managed the investment activities in Israel and Europe for the American telecom and media giant Verizon; CEO of Elron Ventures, Yaron Elad; and Pavel Livshiz, General Partner at Hetz Ventures.

Also participating will be John Stecher, Blackstone’s CTO, who leads the tech aspects of the holdings giant, which manages assets reaching $880 billion. As part of his role, Stecher advises the company’s investment teams and provides knowledge and technological resources for its portfolio companies. On stage, Stecher will talk with Yifat Oron, the director of the fund’s operations in Israel, about how the investment giant uses and invests in technology around the world.

Two heads of unicorns will sit together for the first time to exchange opinions and assessments: Adam Singolda – the founder and CEO of Taboola, which was issued on Nasdaq a year and a half ago and is considered an international leader in the field of content recommendations on the Open Web and enables users to discover new content that may interest them, and Assaf Rappaport, co-founder and CEO of the cyber company Wiz, whose value is estimated at $6 billion. Wiz scans the cloud environment, and all the different computing layers on it, by means of a simple API interface. Wiz analyzes the resources in the cloud, including an in-depth analysis of its structure, access permissions and configuration errors that could be an opening for attacks. In addition, the platform also scans the application and software layer and identifies weaknesses and vulnerabilities.

As part of the conference, and similar to previous years, the Qumra fund will reveal its list of the 10 most promising growth companies. The ranking seeks to reveal innovative Israeli technology companies that are growing rapidly and will become leaders in their field.

Among the other participants in the conference: Gil Gur Arie, former director of R&D at 8200 and currently VP of data for the automotive giant Ford. As part of his role, Gur Arie is leading Ford’s digital revolution, which includes the development of the company’s strategy for connected vehicles, big data and artificial intelligence for the coming years.

Jack Groetzinger, founder and CEO of SeatGeek, which is developing an online platform for ticket purchasing. The company’s platform is a trading arena between ticket holders and consumers who wish to buy them in a competitive auction, and in addition, it is a primary ticket marketer for sports teams such as the Dallas Cowboys and Manchester City.

Rotem Iram, founder and CEO of At-Bay, which raised $185 million last year at a valuation of $1.35 billion. The company, established in 2016, insures organizations against cyber threats. The major innovation it brings to the field of cyber insurance is the combination of an insurance policy with information security capabilities, which enables the lowering of risk levels of its policyholders. The solution is necessary for the insurance industry against the backdrop of severe cyber attacks that have become a routine matter.

Iddo Gino, co-founder of RapidAPI which completed a fundraising round of $150 million last March at a valuation of $1 billion. The company develops API tools for various sectors, primarily financial services, transportation, energy and retail.

Ira Robbins, CEO of the American banking group, Valley, which acquired control of Leumi U.S.A. last year. Valley National manages assets amounting to approximately $41 billion, of which $32 billion is in credit. Following the acquisition, it became one of the 30 largest banking groups in the U.S.

Dr. Bill Marczak, a senior researcher at the Citizen Lab Institute of the University of Toronto, is the leading authority in the world when it comes to the activities of companies that develop spyware, and the Israeli NSO in particular. His research in recent years has revealed the use NSO’s Pegasus software by other countries and other similar software to spy on journalists, human rights activists, and lawyers, and was a major factor in the introduction of NSO and the Israeli Candiru into the blacklist of the US Department of Commerce.

In the last two years, SPAC IPOs have become a hot trend among technology companies seeking to go public. The person leading the field at the Nasdaq exchange is Eklavya Saraf, the Global Head of SPAC listings. Saraf is leading Nasdaq’s efforts to attract new companies, and helps early-stage companies leverage the resources of the exchange and to optimize their financial opportunities.

Merav Bahat’s Dazz solves security weaknesses and prevents risks in cloud development environments. In the worlds of cloud security, security issues that are not addressed can become the next attack. Dazz’s product replaces the process of correcting security weaknesses that exists in organizations today and is mostly manual. The tool makes it possible to locate the right person to fix the problem and assist them in what they need to do.

Igal Rotem, CEO of Finaro (formerly Cerdorax), which announced a huge exit earlier this year with its sale to Shift4 for $575 million. The company, which offers a solution for the cancellation of online purchase transactions by the bank, was sold to an American payment processing company, headed by Jared Isaacman, Elon Musk’s partner in the SpaceX venture.

Guy Caspi, founder and CEO of the Israeli cyber company Deep Instinct. Deep Instinct’s security solution uses artificial intelligence and deep learning technology to create an active protection solution, on the devices themselves, and protects against zero-day threats and advanced cyber attacks. The system is able to offer prediction, detection and prevention attacks.

Hila Klein is the COO Fiverr, which was issued on the New York Stock Exchange in 2019. The company developed a platform to connect freelancers with organizations and enjoyed a tremendous boom during Covid. Yuval Tal is the founder of the public fintech company Payoneer and Managing Partner at the Team8 fund.

Fascinating meetings “outside the box” will be with the futurist Dr. Roey Tzezana, a researcher and lecturer on new technologies and their effects on society and the chief methodology manager of the artificial intelligence company SparkBeyond. His first book, “The Guide to the Future”, deals with the interaction and mutual influence between technology and society. His second book, “Those who control the future”, focuses on the distribution of power between government, industry and the public. In his lecture, Tzezana will give a glimpse of the future uses of artificial intelligence and how it can turn those who know how to use it wisely into a superhero.

Quentin Richardson and Darius Miles are former NBA stars and current online media anchors for their popular podcast Knuckleheads, where they have no-holds-barred conversations about sports, culture and basketball. The two will talk about the surprising connection between NFT and sports together with Asaf Peled, founder and CEO of Minute Media, which developed a platform that allows sports fans to produce unique content, and currently owns five media brands. A fan or athlete who wishes to create content on one of Minute’s platforms, opens a user profile and starts producing content. The product goes to Minute’s editorial team who check the quality of the video, and after the video receives Minute’s “tech treatment”, it is distributed across one of the company’s platforms or on one of the other content sites.

During the two days of the conference, a series of meetings and exclusive roundtables will be held that will bring together Israeli entrepreneurs with investors and potential partners from the U.S. A meeting led by LeumiTech and Valley Bank will talk about ‘the day after the acquisition and merger’, and a round table led by Erez Shachar from Qumra and Adam Singolda from Taboola will talk about dealing with uncertainty in the market. A roundtable for startups led by Elron Ventures will talk about cyber; there will be a roundtable led by Hetz Ventures; as well as a meeting of female entrepreneurs from Tel Aviv and New York led by Karen Hood, founder and CEO of WE. On the second evening there will be a special event that will conclude the conference and celebrate 400 Israeli startups in New York led by Israelis Mapped in NY, Valley Bank, Team8 and Samsung Next. 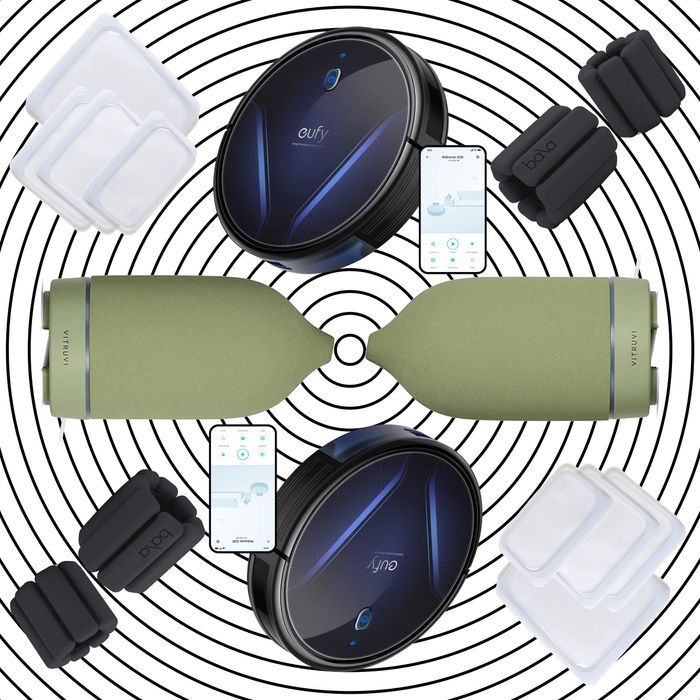 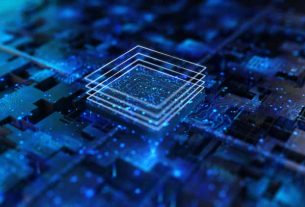 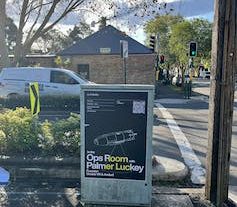