ATLANTA – This entire PGA Tour season has been one long soap opera, but the two main players didn’t offer any juicy subplots at the Tour Championship on Thursday.

After Will Zalatoris’ withdrawal changed the pairings, golf fans surrounded him at 1:45 p.m. – Rory McIlroy, a die-hard Tour fan, and Cameron Smith, a LIV supporter, were about to throw a sudden battle on East Lake. For the soul of the game.

It was the same divisive energy that had previously sparked controversy in the FedExCup playoffs when Scotty Scheffler stepped in front of Smith when he read a putt and adopted a look of disbelief that quickly became a viral meme. Except for Scheffler’s bold portrayal of immobile behavior. It was a momentary brain spasm. Wondering how the matter had become too much for them, they even exchanged silly rebuttals if Scheffler hadn’t laughed heartily to pull the issue.

There were no hard feelings that day, and there was no frost here in the opening round. Players may have privately complained about Smith’s position here, but McIlroy didn’t give him the cold shoulder. Far from it, actually. He walked the fairways with Smith, complimented his many fine shots, and chatted amicably during the long wait.

“Me and Cam get along really well,” McIlroy said. “Always live.”

Smith has deflected several reports that he has signed with LIV Golf and will be standing up for the rival league after the tour season is over – but I haven’t been denied. Smith said any definitive statements about his future will come directly from him, and in a brief interview Wednesday, he reiterated that he’s simply here to “hit good shots and make balls.”

Smith’s potential departure would be a major setback for the tour and a stunning coup for LIV boss Greg Norman, who has largely attracted past-major talent and failed to adapt to the Premier League. Smith, of course, is neither: He’s 28, well-liked, and coming off a layoff. It’s a sad move for golf fans who care about watching his best players – all of them Compete together with the best players – often.

McIlroy said on Wednesday that he spoke with Smith two days after the Open. Smith had a tough time at the winning press conference in St Andrews when he firmly answered a reporter’s question about his interest in LIV, saying the timing of the question was rude and that the team would handle all off-course matters. On that call, McIlroy said he wanted to present what Smith could look like on tour in the next decade — a showcase of stars, rich legacy events, riches. The message was clear: This is what you might be giving up.

“I don’t want people to hear information from one side and the other,” McIlroy said.

His pitch doesn’t seem to have changed Smith’s mind — and for McIlroy, that’s okay.

For the past few months, he has been very open about how he views his detractors.

At the Memorial, McIlroy said he was trying to put himself in other players’ shoes and admitted it was a personal choice.

I understand why some chose to leave the Canadian Open – although from his own experience he believes that making decisions based on money is often not a good idea.

He said he “wasn’t mad” at anyone in the play-off opener – but said there were some old grudges stemming from those who left him and he also wanted to return to tourism to enjoy the benefits of membership.

And on Thursday at the Tour Championship, well, McIlroy reiterated his stance when asked if it was a different vibe when paired with Smith.

“It was business as usual,” he said. “I’ll say it over and over again, no matter what decision is made or what choice someone makes, it doesn’t make them a bad person. Does it make me disagree with them? Of course it does. But I disagree with a lot of people I love and care about.

Still, Smith’s presence here opens the door to the possibility that he could take both of the tour’s top prizes this season — the Players Championship and the FedExCup — and then face his arch-rival on the tour.

Smith is not yet out of contention. In their Tour Championship debut, Smith and McIlroy entered the event six shots behind Scheffler and shot 67, although the scores were scored differently. 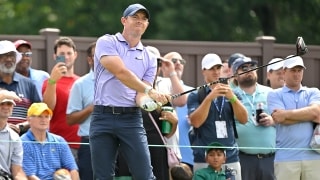 He hit the opening tee ball out of bounds in a disastrous start to Rory McIlroy’s Tour Championship.

Uncommitted to his opening tee shot, McIlroy attempted a chipped driver in the rain, but it went twice over the left side of the out-of-bounds fence. He made triple bogey and added a bogey on the next hole, but somehow didn’t blast himself out of the mix. On a wild day in which he recorded just four pars, he came home in 31 and tied for sixth – although he now trails Scheffler by eight shots with 54 holes to go.

Smith’s round was more of a slog. After skipping last week’s event with a lingering hip injury (dropping him from third to sixth in the points standings), Smith’s case resurfaced on Thursday on rain-slick spongies. Unable to drive into the lead hip, Smith pushed several shots weakly to the right and was outscored by McIlroy, sometimes by 50 yards.

“It’s probably the first time in a long time that I’ve felt like it’s affected my golf,” Smith said.

Sometimes he would pull behind the team and go with the driver for support. Hypers keeps his medical gun on his golf bag like a village finder. But with the short field, he has enough time to meet with his trainer for some post-round therapy.

“I don’t feel too bad,” Smith said. “It’s probably annoying, to be honest. My leg is not going to fall. It’s not like I have a headache. It’s very annoying, and I try to keep the effects of that to a minimum and save a bit for the rest of the week.

In the opening round, at least, it’s spread around East Lake, usually undisturbed by fans who either don’t know or don’t care about regular-season golf being played elsewhere. “The 100 mile walk is coming up!” A fan behind 18 yelled at Smith, but the comment didn’t go down. There is pain to push through, top players to chase down, races to win. The soap opera can resume in a few days. 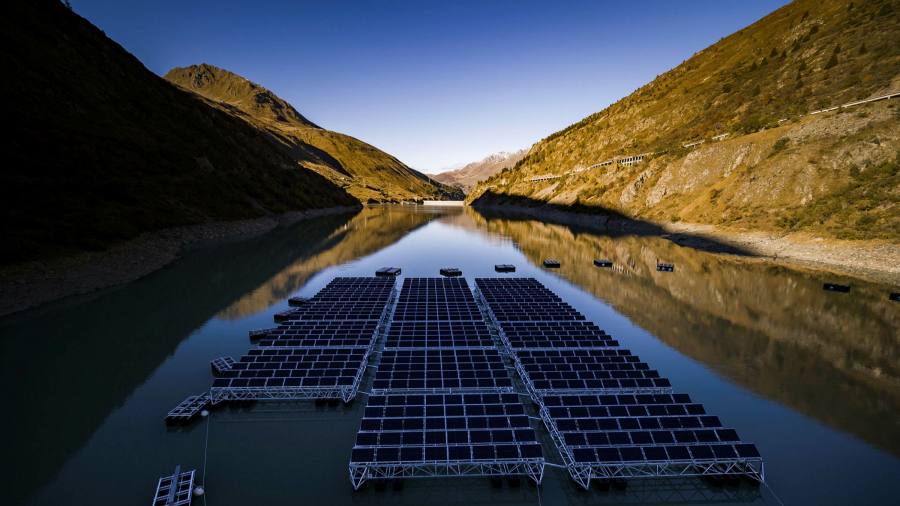 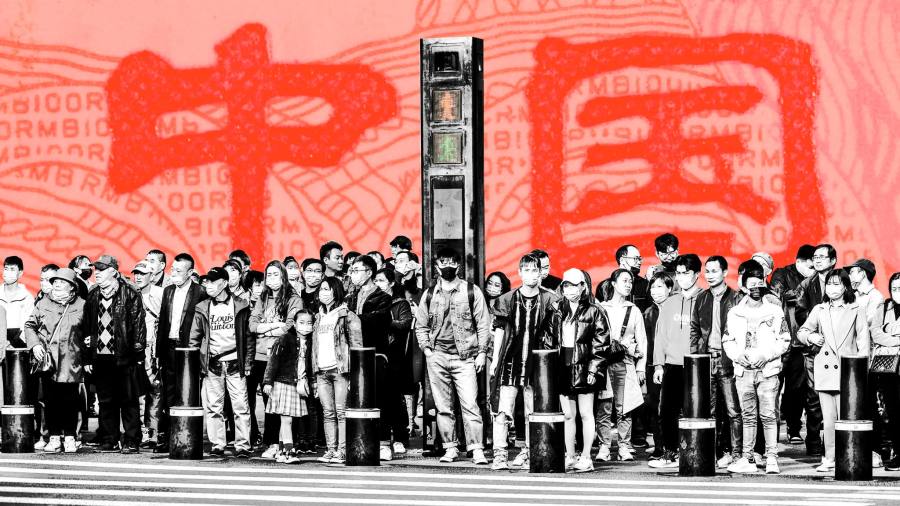 What happens if Chinese household wealth is unleashed on the world? 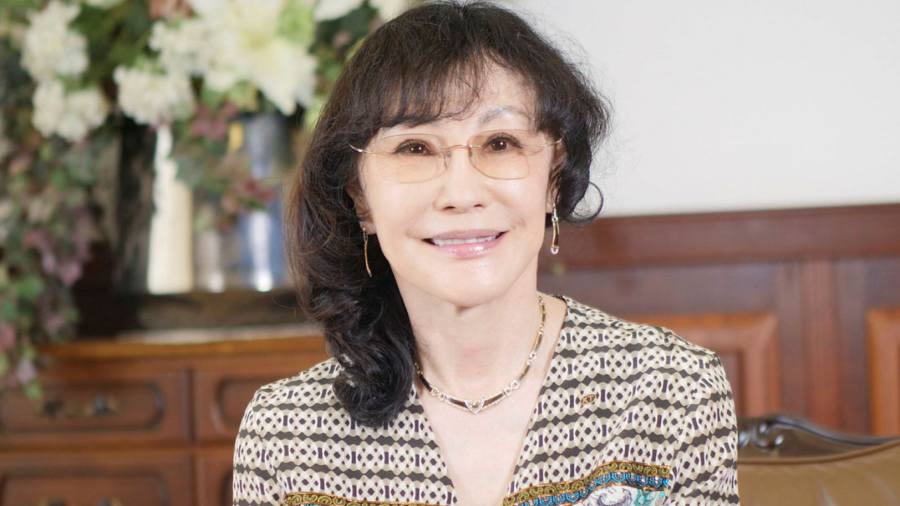