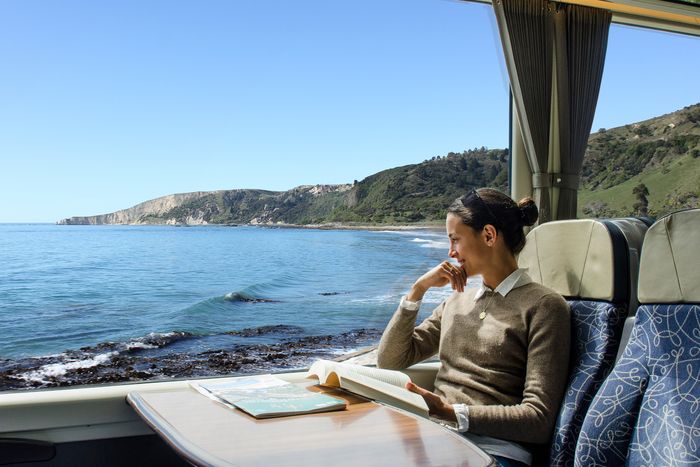 The chugging, rumbling romance of trains has always appealed to travelers who favor a leisurely pace. An enamored Emily Dickinson wrote of one, “I like to see it lap the Miles/And lick the Valleys up/And stop to feed itself at Tanks/And then-prodigious step/Around a Pile of Mountains….”

Monisha Rajesh, a London-based travel writer, likes the chance encounters a train affords. “You don’t know who’s going to come into that compartment or who you’ll chat with,” said Ms. Rajesh, who clocked some 10,000 miles on trains in 2022. “People talk very willingly in a way they normally don’t. It’s great fun.”

Here, a lineup of prodigious new rail lines and serene journeys to book for a getaway.

No plane seat lets you spot sheep and soak in Shire-worthy views while sipping Sauvignon Blanc. Great Journeys New Zealand’s new tours, suitable for everything from weekend trips to 17-day journeys, crisscross the picturesque archipelago. One from Christchurch to Greymouth cuts through the peaks and glacial valleys of the South Island’s “spine,” ideal if you love the grandeur of Mordor, the fictional Middle-earth in JRR Tolkien’s “Lord of the Rings.” Another winds along the jagged Pacific Coast of the South Island, from Picton to Christchurch, allowing passengers to pop into the open-air carriages to breathe in the salty atmosphere. Tip: A nonstop New York to Auckland flight on Quantas starting in June makes getting to the scenery easier. Train packages from about $324, GreatJourneysNZ.com

“Train travel gives you a sense of the vastness and diversity of the country,” said David Brown, president of Massachusetts Bay Railroad Enthusiasts. One such opportunity: Oregon Coast Scenic Railroad’s Spring Splendor Ride chugs along the craggy coast of the Pacific Northwest, huffing steam at 10 miles an hour on restored tracks laid in 1911. Starting in April, the 2-hour itinerary includes the coastal town of Rockaway. Beach, with its quaint candy stores and hip bakeries, and continues up to Wheeler, at the mouth of the Nehalem River for a 45-minute layover, then heads back. During the ride, kids can have an “I Spy” field day, searching for white-tale deer, beavers and bald eagles.

Romantics might prefer an evening excursion in June through September, timed for nights lit by a full moon. Train tickets from $28 for the Spring Splendor and from $65 for the Moonlight Excursion, OregonCoastScenic.org

3. Vermont, Now And Then

The last time a train service ran directly from Manhattan to Burlington, Vt., in 1954, Americans were paying $3 for a pair of saddle shoes. Once the nearly 8-hour route reopened last summer on Amtrak’s extended Ethan Allen line, New Yorkers tired of subway stress and ready for mountain air could journey through the Hudson River Valley and roll into the Green Mountain State’s most populous city by the shores of Lake Champlain. In this university town, lively in all seasons, you’ll find enough breweries, like Switchback Brewing Company and Zero Gravity Brewery, as well as cozy music venues, like Radio Bean, to fill a restorative weekend away. From $75, Amtrak.com

Train trippers who want a sumptuous jaunt can reserve forward-facing heated seats on the sleek train that rambles southwest from Interlaken to Montreux (and vice versa) via the GoldenPass Express route. The sunlit peaks visible through picture windows might inspire a would-be Percy Bysshe Shelley to attempt another “Mont Blanc,” the Romantic poet’s ode to the nearby Chamonix Valley. Local wine, caviar and charcuterie can be ordered during the three-hour route, which passes Lake Thun in the Bernese Alps and rolls into its final stop, Montreux, with a glimpse of Lake Geneva. From about $79, Gpx.Swiss

The Orient Express prides itself on its super-luxe routes, and with its La Dolce Vita trips launching in 2024, the iconic train makes a grand return to Italy with cars designed by Milan design firm Dimorestudio. The glories of the Italian countryside are evident, from the northern Monferrato to the vineyards and hills of the central region, depending on whatever “White Lotus”-like experience you choose. From about $2,177 per person in deluxe cabinsOrient-Express.com

The Wall Street Journal is not compensated by retailers listed in its articles as outlets for products. Listed retailers frequently are not the sole retail outlets.

What’s your favorite scenic train route? Join the conversation below.

Where are Chinese travelers heading now that borders have reopened? 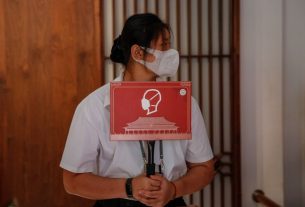 As the fight against Covid-19 intensifies, China tightens travel restrictions.